The sake that makes one person want to drink it one hundred times, rather than the sake that’s drunk by just one in a hundred.

Takijiman Brewery is in the Iga Basin in a mountainous area of Mie Prefecture located in the center of Japan.
This region is famous for Iga Ninja and is designated as a Quasi-National Park. Rich in high quality water and rice, this is also a region that produces traditional name-brand sake.
There is a beautiful valley near our brewery, into where the Akame 48 Waterfalls, one of the “Japan’s Best Waterfalls”, flow. River-bed water from those falls is a high-quality, soft water, which was added to the list of “Best 100 Natural Water Sources in Japan” in 2008.

Takijiman thankfully won a gold prize at the Annual Japan Sake Awards, Kura Master held in France and Concours Mondial de Bruxelles held in Belgium. We also won a gold medal at the International Wine Challenge held in the UK for two year in a row.
Moreover, one type of Takijiman sake was served as a toast and another was served during the meal in the 2016 G7 Summit held in Ise-Shima, where they received worldwide acclaim.

Take a sip, and the smooth flavor softly fills your mouth. With every sip, the flavor spreads through your body and then disappears fleetingly with perfect timing.
Enjoy a flavor so appealing that it will leave you wanting one glass after another. 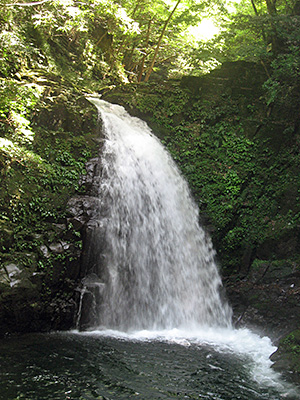 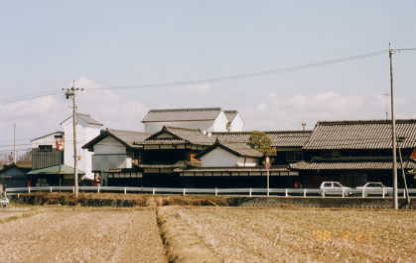 “Takijiman” means “taking pride in waterfalls.”
This brand was named after our pride in our local waterfalls.